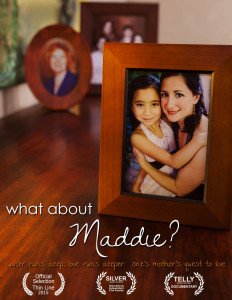 Love Between Mother and Child

Thirty-year-old Angie is a young mom trying to escape the hereditary breast cancer that killed her mother Lisa in 2001. After testing positive for the BRCA-1 breast cancer gene, she documents on film her journey through the radical double mastectomy she hopes can alter her fate. Compounding the impact of surgery is Angie’s haunting grief for Lisa, the threat of passing breast cancer to her beloved eight-year-old daughter, Maddie, and the fear of dying before Maddie ever grows up.

Filming her journey with a balance between pragmatism and heartbreak, the eternal bond between mother and daughter across three generations comes to light in this emotional story of life, death and the boundless tenacity of love.

When Angie approached me about the possibility of producing a breast cancer documentary, my answer was a heartfelt yes. At the age of seven I lost my mother to breast cancer when she was only forty-six. Two of my four sisters are breast cancer survivors who were diagnosed at age thirty-nine and forty-one. My other two sisters elected to have double mastectomies and reconstruction surgeries because as one put it, “It was like having two loaded guns pointed at my chest.” This was in the mid 1990’s before the BRCA-1 breast cancer gene had been identified, so their decision was considered unconventional, drastic and extreme. 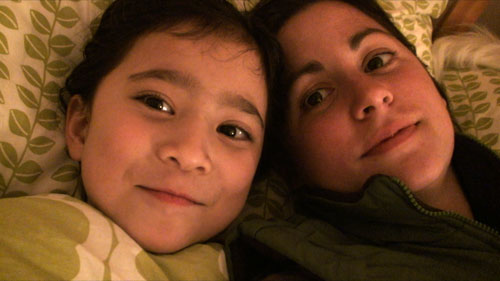 Since that time and the discovery of the gene mutations, this surgery is not nearly as rare, especially given that women who test positive for BRCA-1 or BRCA-2 have an 85% chance of developing breast cancer at some point in their lives.
Angie was only thirty years old when she tested positive for the BRCA-1 gene late in 2009. Her mother’s cousin, Alden, who was dying of breast cancer, urged her to get tested and to do whatever was necessary to be able to have the chance at life. Alden knew Angie’s chances of getting breast cancer were high given Angie had lost her mother, Lisa, to cancer nine years earlier when Angie was a senior in college. The family history was not on her side.

Angie made the tough decision to have a double mastectomy and reconstruction in 2010 instead of waiting and risking the chance at cancer. Angie had an eight-year-old daughter, Maddie, and the thought of not being there for her or to see her grow up was not an option. 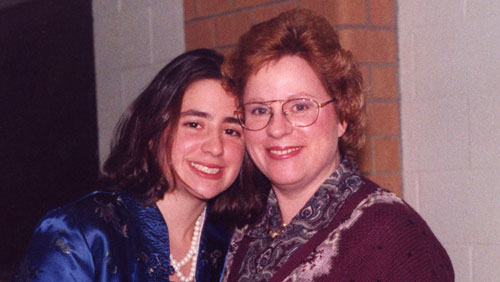 The story of Angie’s loss of her mother and the decisions she faced about her health and survival hit very close to home for me. It was a story that needed to be told and a story I desperately wanted to tell. Our original goal was to make sure that at-risk women were made aware of their risks and searched out the information and testing they needed to make the decisions that were best for them.

“What about Maddie?” became so much more. Besides the overriding issue of cancer, what shone through was the love of mother and child across three generations. With Angie at the center, we see the overwhelming love and grief for a mother who passed and the unconditional, maternal love for a daughter. Maddie gave Angie the strength to face her fears and her past.

I hope that after watching this film, women will take a second look at their family history, but I also hope the audience is moved by the pure element of love between Angie, Lisa and Maddie. I know of no other bond stronger than parent and child.